In our lifetime, we could live in a world with no elephants, rhinos, or gorillas.

It’s heartbreaking — but there’s one group of heroes risking everything to stop this slide towards extinction: wildlife rangers.

They save thousands of endangered animals every single day. It’s incredibly dangerous work — every four days another ranger is killed. And they do it with almost no training and equipment — half of them don’t even have boots! 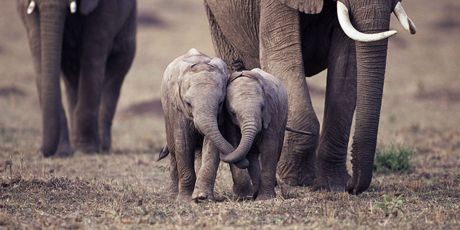 Now we have an amazing chance to revolutionise ranger forces all over the world.

The Thin Green Line, who work with the world’s top rangers, are asking for our help to train and equip thousands of Wildlife Guardians — elite protectors to deploy to Africa’s worst poaching hotspots. 300 rangers with this training virtually stopped elephant poaching in one vast area of Kenya. And together, we can create 1,000 new Wildlife Guardians every single year!

This could be one of Avaaz’s greatest legacies to the world — a global wildlife protection force supported by people everywhere. If 50,000 of us donate right now, the first Wildlife Guardians will start in weeks! An elephant is murdered by poachers every 26 minutes — chip in now before the last one falls.